How to choose a Fitbit SpO2 clock face?

Digital Life Central is reader-powered. We are a participant in the Amazon LLC Associates Program and other affiliates programs. As an Amazon affiliate, we earn from qualifying purchases.

We have all heard of blood oxygen saturation (SpO2), which refers to the amount of oxygen carried by the blood. When going through the lungs, the red blood cells will attract oxygen that will be transported throughout the body.

RELATED READING: How Tight Should Your Fitbit Be? [Solved]

Fitbit devices measure blood oxygen saturation when users are asleep, which means that a normal SpO2 should trigger a result above 95%. When the value drops below 90%, it could signify hypoxia or sleep apnea. Keep in mind that Fitbit will only track the blood oxygen values from 80% to 100%.

Even though a Fitbit watch or tracker is not a medical device, wearing your smartwatch at night is a simple way to keep your SpO2 under control. Depending on your Fitbit models, you will need to install either a SpO2 app, a SpO2 clock face, or both. So do you feel confused, don’t worry and keep on reading. We will tell you everything. 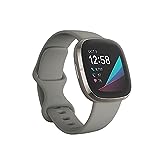 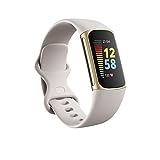 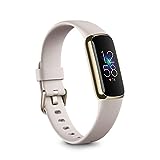 How to track your blood oxygen saturation with your Fitbit?

How to install the Fitbit SpO2 App. on the Fitbit Sense, Versa, Charge 5, Charge 4, and Fitbit Luxe

The App. that will monitor the blood oxygen monitoring features of your Fitbit comes preinstalled, assuming that you live in a country in which SpO2 measurements are available. Therefore, you do not have to worry about installing it except when an issue arises or after accidentally removing the App.

The installation process is relatively straightforward. Just follow these steps.

On the Fitbit Sense and Versa Series

On the Fitbit Charge 4, Charge 5, and Fitbit Luxe

You do not need to install a specific clock face on the Fitbit Fitness trackers, but you need one for the Fitbit Sense and Versa. Don’t get me wrong; blood oxygen data will still be collected even if you install a SpO2 Clock face. They will be accessible from the Health Metrics screen of the Fitbit App, but the data will not be visible on the smartwatch screen.

Nine Fitbit SpO2 clock faces are available to choose from in the gallery.

The SpO2 Clock Faces do much more than just presenting the blood oxygen saturation data. Some of them can display other data such as heart rate, number of steps, zone minutes, etc. Our favorite is SpO2 Signature. We like that you have to tap on the screen to access numerous metrics.

All of these faces are designed by Fitbit and come for free. They are carefully crafted and easy to read. Somehow, there is a catch that you must be aware of when using a Fitbit SpO2 Clock Face…They will dramatically impact the battery life of your device. The Fitbit Sense is given six days of battery life but when using a blood oxygen face, be ready to recharge your watch once every two to three days.

It is somehow not the case with the Fitbit Charge 4, 5, or even the Fitbit Luxe. Hence, if you own a Fitbit smartwatch, we suggest that you install such a watch face and decide whether to keep it or not, depending on the metrics that matter the most for you.

RELATED READING: How to fix your SpO2 reading on your Fitbit? [Solved!]

Can I check my SpO2 on a Fitbit Sense even without a Clock Face?

Yes, you can! Blood oxygenation tracking with the Fitbit is tricky. The watches or trackers have to be correctly positioned and should be tight enough to be accurate.

The data will be displayed in the morning after synchronizing your watch with your App. So be ready to wait up to one hour after waking up for the value displayed.

Checkin them on the App is simple. Just follow these simple steps:

Measuring blood oxygenation saturation on a Fitbit is a nice feature. However, we regret that the data can be challenging to collect properly and that Fitbit only gets SpO2 during sleep. It is then impossible to get an instantaneous value—a standard feature when using a Galaxy Watch, Apple Watch, or Garmin.

The wrist is not the best place to collect SpO2 values, and you may be surprised to find apparent differences compared to finger oximeters. For those serious about blood oxygen saturation, Wellue offer FDA-cleared oximeters that you may find more reliable. The benefits of a smartwatch or fitness tracker are that you get many health and fitness data in a compact format.

For more information about how to use your Fitbit to measure blood oxygen saturation, we recommend that you read the booklet put forward by Fitbit.

How Long Does a Fitbit Last?

Digital Life Central open the doors of the digital wearable world. We aim at helping you make the most of your smartwatches to better train, better live and achieve a better health.

We use cookies on our website to give you the most relevant experience. By clicking “Accept”, you consent to the use of ALL the cookies.
Do not sell my personal information.
Cookie SettingsAccept
Manage consent

This website uses cookies to improve your experience while you navigate through the website. Out of these, the cookies that are categorized as necessary are stored on your browser as they are essential for the working of basic functionalities of the website. We also use third-party cookies that help us analyze and understand how you use this website. These cookies will be stored in your browser only with your consent. You also have the option to opt-out of these cookies. But opting out of some of these cookies may affect your browsing experience.
Necessary Always Enabled
Necessary cookies are absolutely essential for the website to function properly. These cookies ensure basic functionalities and security features of the website, anonymously.
Functional
Functional cookies help to perform certain functionalities like sharing the content of the website on social media platforms, collect feedbacks, and other third-party features.
Performance
Performance cookies are used to understand and analyze the key performance indexes of the website which helps in delivering a better user experience for the visitors.
Analytics
Analytical cookies are used to understand how visitors interact with the website. These cookies help provide information on metrics the number of visitors, bounce rate, traffic source, etc.
Advertisement
Advertisement cookies are used to provide visitors with relevant ads and marketing campaigns. These cookies track visitors across websites and collect information to provide customized ads.
Others
Other uncategorized cookies are those that are being analyzed and have not been classified into a category as yet.
SAVE & ACCEPT